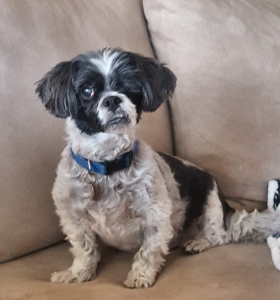 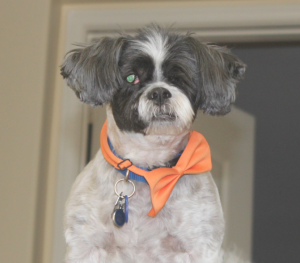 Countless lives are being saved in California thanks to Aaron Wesley Smith and his passion for animal welfare.

Long before the trend of dog friendly workspaces came about, former President of AMI Hospitality, Aaron Wesley Smith, welcomed furry friends in the office. He has rescued dogs and been an avid supporter of the Nevada SPCA for more than a decade. By giving the employees of his interior finish company more flexibility and freedom with the care of their pets, he is avidly encouraging the adoption of more animals who need stable families to rescue them.

Aaron Wesley Smith genuinely cares about the loving pets who are abandoned every single day and strives to make an impact in his community. According to www.aspca.org, approximately 1.5 million pets are euthanized every year in the United States. These animals cannot find new homes without shelters and rescue organizations that rely on funding and donations from people just like Aaron Smith.

He believes in standing up to be the voice for the animals who are unable to speak for themselves. Not only are animals abandoned when people move or have children, they are also commonly abandoned when owners realize they do not know how to properly care for animals. When adopting a pet, it should be a lifelong commitment that includes adequate effort, attention, and care. Aaron Wesley Smith and his wife have made a commitment to save as many dogs as possible by rescuing animals and providing much needed medical care.

Together, they have saved countless animals from certain death, like Flash, a 12-year-old rescue dog that was severely beaten by his previous owners. Flash arrived to the SPCA with one eye and countless other medical issues. Due to his abuse, Flash suffers from extreme anxiety and can never be left alone for long. Aaron Smith has accepted Flash into his home for the past ten years, where he has received unconditional love and the opportunity to be a wonderful pet. Pets who cannot be left alone will oftentimes be put down due to owners not being able to care for them while at work, something Aaron Smith tries to combat with his furry friend policy at any company he is involved in. . Pets help calm the work environment and remove a level of stress from employees.

Now located in Orange County California, Aaron Wesley Smith continues to be an advocate for rescue dogs and the organizations that support them. He encourages others to open their hearts and their homes, to welcome amazing animals that need to be given a chance to thrive. The bond and warmth of a rescue dog is like no other. Aaron Smith and his wife will continue to adopt and care for neglected animals in the Southern California area.